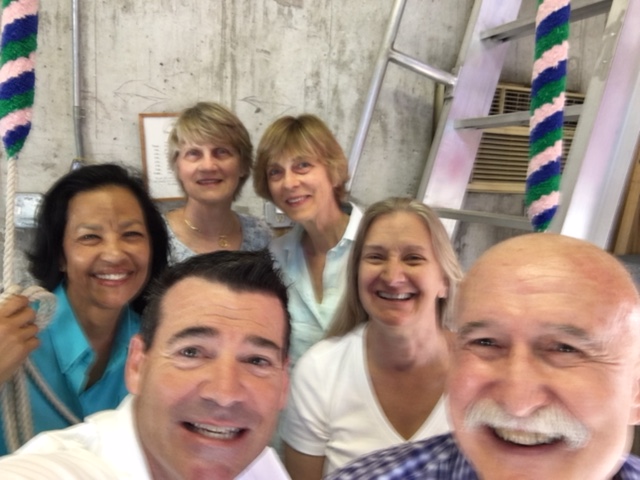 Julie McDonnell is a bell ringer from Sussex (UK) who has Leukaemia (CML) who recently  organized an International ringing event to help fund vital research.  Her goal was to raise £100,000 and to add 1,000 potential stem cell donors to the Anthony Nolan and associated registers.  She had a stem cell transplant in December 2016 and wants to give other people the chance of life through this event.

This past weekend UK sponsored Bell ringers and walkers walked and rang along the historic Pilgrims Way from Wye to Canterbury Cathedral, ringing at Wye, Chilham, Chartham, St Dunstan’s and St Stephen’s, and at Canterbury Cathedral a specially composed method Quarter Peal “Strike Back Bob Cinques” was rung by Julie and her band mates.  Julie is only a novice ringer of 18 months, however, she was thus challenged to join in and learn to ring on 12 bells beforehand, reaching the high standard of ringing at Canterbury Cathedral.

On the same day, 200 churches and twenty five cathedrals across the UK and as far and wide as possible rang in unity of the sponsored walk and awareness campaign of the 137 blood cancers that exist.  This is the first time in the history of the church that bell ringers have united together in such a cause.

Trinity Cathedral joined in on Sunday to dedicate the Service Touch to Julie’s cause.

See full list of participants to include Miami: http://bb.ringingworld.co.uk/event.php?id=4067

Status:
All bells are in ringing condition
What we've been ringing: